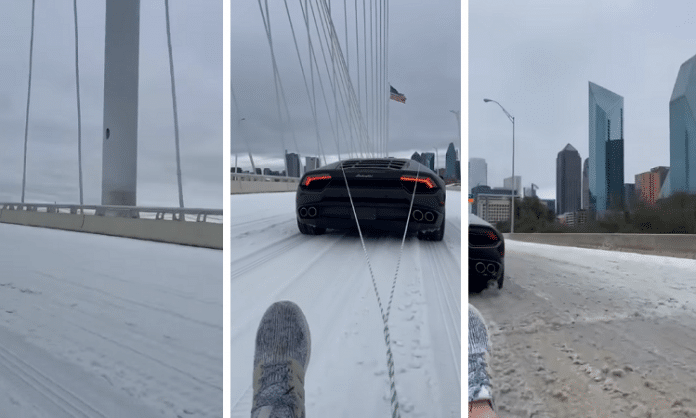 What good is a Lambo if you can’t take it sledding every now and then?

When the freezing rain and snow settled in Dallas it left a city frozen in terms of both cold weather and lack of movement. That left city streets and highways wide open for anyone who wanted to have a little fun.

Our story is about two Texas guys who happily took advantage of the mostly empty roads. They asked to be identified by their Instagram handles, @tonykrossv12 and @benjaminbreier_.

According to Tony Cruz who sent us the video (i.e. @tonykrossv12) the two made their Lambo money in precious metal dealing and YouTube stuff – respectively. If you’re looking for something to do in Dallas and hoping to replicate this during the once-a-year snow we get in Texas, step 1 is to have a Lambo – or a friend with a Lambo.

The pair claim to have ‘gone viral’ on Instagram, but we’re not sure how many views their video has. Easy to believe though based on the internet being the internet and how well the video is doing on our Facebook page so far. 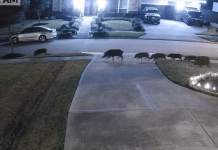 [VIDEO] Willie Nelson and Friends Streamed a Free Virtual Concert For Everyone Stuck at...