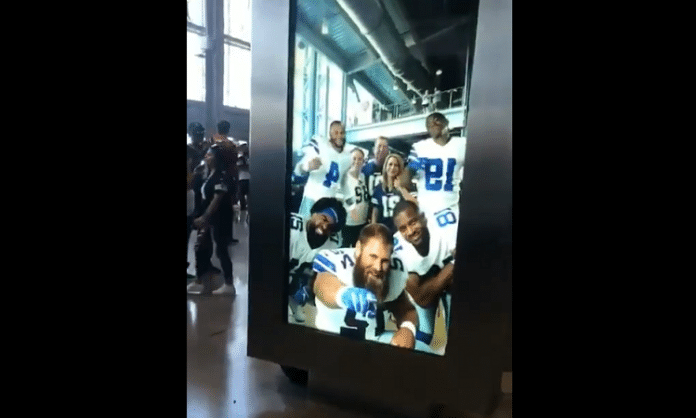 The Dallas Cowboys have a high-flying offense so far this season but the real star of the year is the new hi-tech features found in their stadium. One of the newest additions are the AR photobooths found throughout the AT&T Stadium where fans can take photos with players from the Dallas Cowboys without those players actually being there. Fans can choose from stars like Dak Prescott, Ezekiel Elliott, Amari Cooper, Leighton Vander Esch, Randall Cobb, Travis Frederick, Zack Martin, and Jaylon Smith.

Fans walk up to the booths and select the 5 different players they want to take a picture with. The players then stroll into the frame as if they had been waiting the whole time somewhere off of camera and strike a pose. The players leave just enough room in the middle for you. The photobooth will then take a picture and allow fans to share on their social media channels.

Here’s a video of the AR photobooth in action