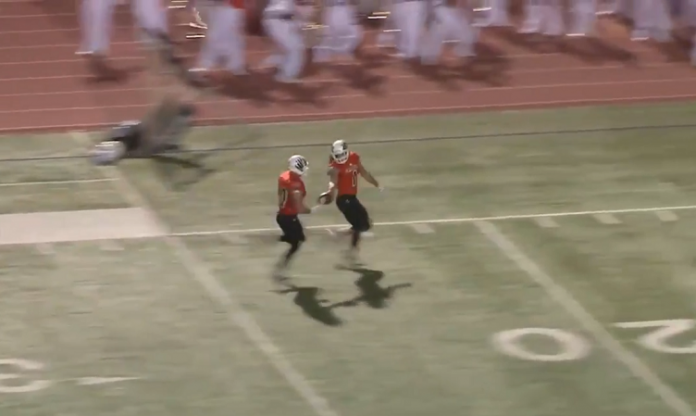 Last weekend the UT Permian Basin Falcons were playing in their last game of the season against Texas A&M – Kingsville. It happened to also be senior week.

During the game sophomore linebacker John O’Kelley intercepted a pass and began running it back for a touchdown. One of his teammates, senior linebacker Chris Hoad, ran behind him to help with blocking. When O’Kelley noticed the senior and that the path to the end zone was clear, he decided to hand the ball off and let Hoad score the touchdown in his final college football game.

Twitter blew up when the play hit the SportsCenter feed with the video racking up 2.2 million views and 35,000 likes.

He had a clear lane to the end zone, instead he decided to hand it off to his teammate to score in his final college game. (via @utpbfalcons) pic.twitter.com/p1lAYAroQ4

Then Bleacher Report shared the video to their Facebook page and it gained another 197,000 views

What an excellent selfless act.

A Neighborhood in Katy, TX Came Together to Sing “Deep in the Heart...

These Local Texas Businesses Raised and Gave Away $10,000 in Gas to Their Community