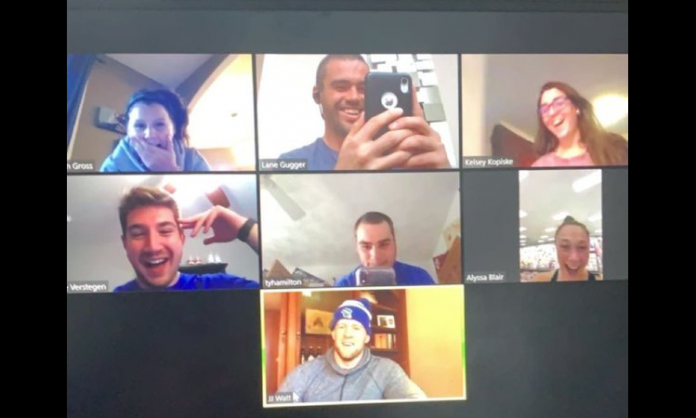 Houston Texans defensive end, the hero of Hurricane Harvey, and all-around awesome Texan JJ Watt is helping splash a little joy into the work from home life many Texans are now living by hoping into Zoom meeting chats.

Around 3:15pm today he took too Twitter to ask for anyone meeting on Zoom to share their details so he could join their chat.

Dropping in on Zoom calls.

Dropping in on Zoom calls.

It would seem Twitter user @lgugger11 is the first to get a Zoom appearance from JJ so far posting a photo of his lapstop screen showing JJ along with several of his friends.

If you’ve ever wanted to meet JJ and talk to him, here’s your chance Texas!

7-Eleven Opens Its First Ever Drive-Thru Store in This Texas City Where You Can...