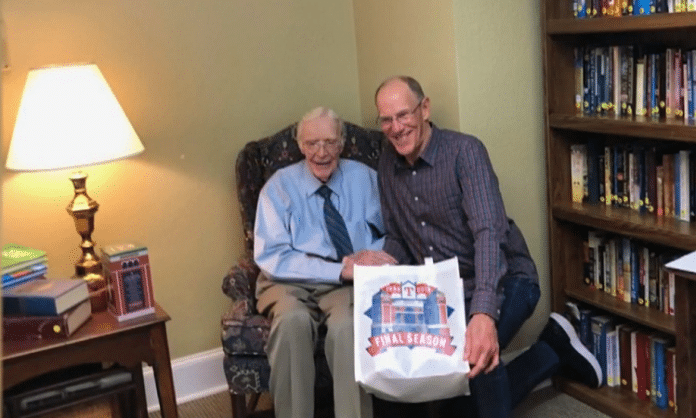 Retired Army Colonel Lee James turned 106 last week in Mesquite, TX. The World War 2 veteran spent time with his family and Friends. Colonel James told a reporter for CBS 11 that part of his longevity is due to his eating healthy, doing things in moderation, and always keeping fit.

He said another part of reaching 106 is keeping your mind active, he’s been spending his time reading and memorizing poetry when he’s not watching the Texas Rangers.

Colonel Lee James is also one of the oldest living graduates of Texas A&M University having graduated in 1936.

The 6 Best Texas Food Blogs By Your Fellow Texans

After Being Shut Down For Months Due to a Fire, Heim Barbecue in Dallas...