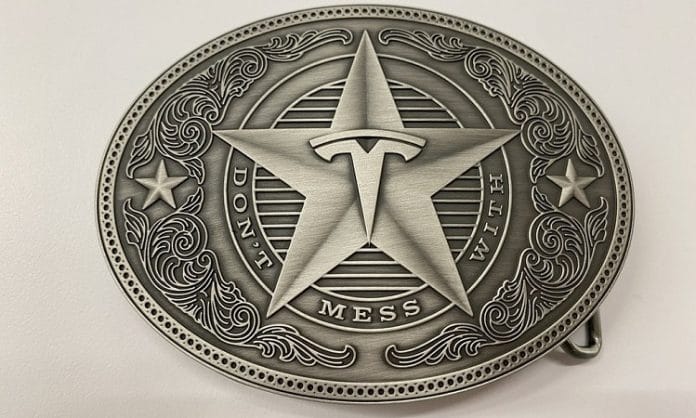 Elon Musk is a Texan, SpaceX launches from Boca Chica, and now Tesla is moving thier headquarters to Austin, TX. It would seem the billionaire really loves it here, can you blame him?

According to an official announcement, Tesla Inc (TSLA) is moving their headquarters to Austin, Texas from Palo Alto, CA. The announcement comes after Elon himself moved here to the lonestar state, SpaceX built a launch site in Boca Chica, and after Tesla began building the Gigafactory Texas facility near Austin. Many Tesla analysts have expected this move, especially after a firece clash between Elon and the California government during the start of the pandemic and more recently because press release announcements coming from Tesla were originating in Austin, TX and not California.

The announcment was made at Tesla’s annual shareholder meeting which was held virtually from Gigafactory Austin.

“I’m excited to announce we are moving our headquarters to Austin, Texas” – Elon Musk

The move has been welcomed by both Democrat and Republican politicians in the state, an incredibly rare feat.

The Lone Star State is the land of opportunity and innovation.

We welcome @Tesla home! It's a tech company that creates the clean-manufacturing, middle-skill jobs Austin needs. We’re one of the safest big cities, with a strong innovative, entrepreneurial, environmentally-focused culture. https://t.co/N3vPvohHuq

Watch Elon Make the Announcement:
This YouTube video is set to the time just before Elon announces Tesla is moving to Texas. He does so with a Rodeo buckle style graphic that says “Don’t Mess With Tesla” (which is great btw) and recieves thunderous applause from the audience.

While Tesla is not abandoning California completley, this move will mean a large portion of Tesla’s staff and operations will be moved to Texas. He gave some incredibly sane reasons including.

Tesla also hopes to build an “ecological paradise” at their new headquarters which they said is right off of the Colorado River.

Love Tesla and Texas? Consider purchasing our “TEXAS (Tesla Font) T-Shirt” the name of the greatest state in the union in the font style of the greatest Texas-based automotive manufacturer in the union. $1 from every shirt sold goes to a Texas food bank to help those who need a hand.

Thanks Y’all:
We based part of this article on work by Jaclyn Ramkissoon of KXAN and her article “Elon Musk announces Tesla’s headquarters will move to Austin“.

Editor’s Note: We are not yet sure where the new HQ will be. Elon said he stays with a friend in Austin, TX right now and only gave a few hints about the exact location. The featured image is a real belt buckle which we’re told was given out to attendees. They do not appear to be for sale on Tesla’s official site or even on eBay. 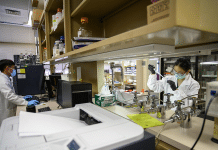 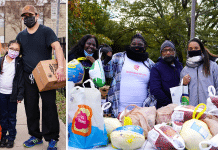