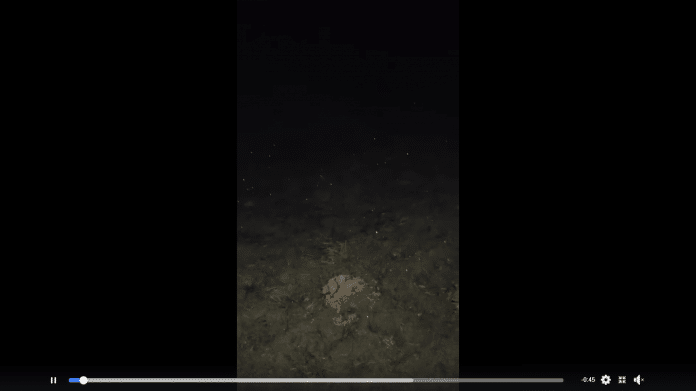 Texas is a place with lots of natural beauty. From the big blue sky to gorgeous sunsets and bluebonnets in the spring time, videos and photos of the aesthetic wonders of our great state constantly fill social media feeds bringing us all pride in the place we call home.

Then there are videos like this one. Recently Reddit user “Zandane” posted a video to the /r/WTF subreddit, a group on the website that shares videos and photos of things that make you go “What The Fudge-pop!” (hi mom!). He titled his video “So Much ‘Glitter'”.

The video shows appears to be glitter or as any semi-experienced outdoors person would notice morning dew. The problem is that the video was taken in the dead of night without any dew and there weren’t a bunch of fairies flying around dropping glitter either. Zandane tells us the video was taken about 10 miles north of Waco, TX.

As the video progresses Zandane decides to zoom in on one of the pieces of glitter seen in the video and focus in on it. What he finds can only be described as nightmare fuel, it’s a big wolf spider staring up at his camera. The video then has someone explain, every spec of glitter we see in the video is a spider and zooms back out and pans around so you can see how many there are.

That's not glitter on the ground in central Texas…. 🎥 /u/Zandane on Reddit

According to the Texas Parks & Wildlife Department Wolf Spiders aren’t considered poisonous to humans, and you should really only be concerned about Black Widows and Brown Recluse spiders in our state. However, other websites state that the Wolf Spider bite may hurt and could be dangerous to children and the elderly. The Wolf Spider is considered non-aggressive so it won’t be attacking you, however it is also known to bite freely so be careful while walking around the Texas countryside at night.

San Antonio Family Drives Over 1,300 Miles To Reunite With Their Dog Missing For...