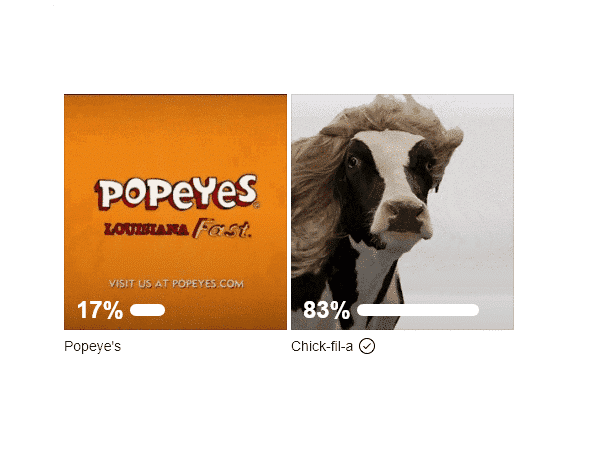 This week was marked by a craze over Popeyes’ new chicken sandwich which ultimately led to the fast-food restaurant running out of its stock here in Texas and all across the country. When the craze hit we decided to ask Texans what they thought by running a poll on Facebook.

Over the course of this week our users on Facebook have been asked one simple question: Popeyes or Chick-fil-A.

The results are pretty convincing with 83% of those polled selecting the incumbent king of Chicken Sandwiches Chick-fil-A and only 17% picking the fastest Cajun restaurant in Texas, Popeyes.

This could mean nothing or it could be a small win for Popeyes, depending on how many Texans would have picked them over Chick-fil-A before the Great Chicken Sandwich Battle of 2019 was sparked.

One thing’s for sure though, in Texas, Chick-fil-A reigns on high still when it comes to delicious battered and fried chicken between two buns.