Almost 70% of states have (rightfully) chosen Texas style as their favorite BBQ style according to a recent report by BBQ Revolt.

Unsurprisingly to all Texans, Texas made her appearance many times on this list of top BBQ states (as she rightfully should).

Here’s a quick summary of Texas’ appearance on this survey:

The Texas cities that made the list of top 10 cities in the U.S. with the most BBQ restaurants include:

Are we Texans really surprised that Texas style is America’s favorite BBQ style or that Texas is basically America’s BBQ state? No, but it’s nice to see Texas BBQ getting the recognition it definitely deserves. Houston being the BBQ capital might be surprising to many though.

If your BBQ cravings are flaring up like ours are, check out these 15 mouth-watering brisket recipes that just might get you through those cravings. Not in the mood to cook? Good thing we have so many BBQ restaurants in Texas – America’s unofficial official BBQ state. 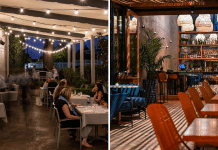 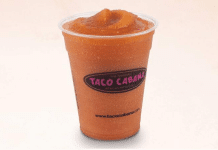 A Hot Air Balloon Festival is Coming to a Hill Country Resort Near Austin...

100% of Profits From This Texas T-Shirt Will Be Donated To Help Animals Impacted...