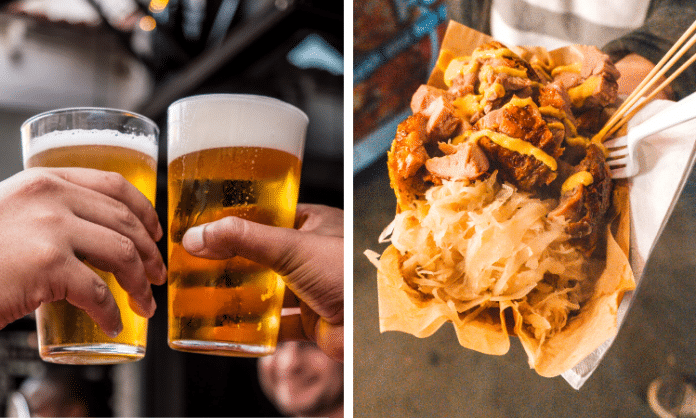 Co-founded by an actual Bavarian prince, Koko’s Bavarian is coming to East Austin this November to showcase the roots and culture of Bavaria, Germany while retaining the Austin spirit.

Filling the space vacated by the Brewer’s Table, Koko’s Bavarian will open in a biergarten style with lots of indoor and outdoor seating. This new German restaurant will be serving German sausages and fries with dipping sauces. A stage for live music performances will also be open outdoor. Interestingly, Koko’s will be situated adjacent to Central Machine Works, another biergarten and brewery.

Koko’s menu will feature smoked meats, German fare, and German beers, including six brewed in-house – four lagers and two ales, with beer collaborations planned. There will be 30 varieties of German and local beers as well. Moreover, they will also be serving dishes like sausages, fries with dipping sauces, schnitzel, pretzels, and more. With so many great food and drink options, you better come hungry!

The restaurant’s name comes from the nickname “Koko” of Konstantin Prinz von Bayern, who goes by the full name Konstantin Eugen Alexander Max-Emanuel Maria Ludwig Ferdinand Leopold of Bavaria. Say that 3 times fast! The “royalty” in the prince’s lineage stems from his fifth great grandfather, King Ludwig I, who interestingly enough founded the first Oktoberfest in 1810, according to Austin 360. Koko partnered with Jesse Herman, Charles Attal of event company C3 Presents, Tim Love of Dallas-based restaurant with an Austin location Lonesome Dove, and investor Nick Swerdfeger.

Prinz von Bayern told Austin Eater, “I think the unpretentious beer garden experience goes so well with Austin and the locals. And since the city has great weather all year round, Austinites will luckily get to enjoy the beer garden for far longer than the three to four months of sunshine that we get in Germany.”

World’s Largest Mum Record Set to be Broken by 78 Foot Mum in Corpus...

Dallas Has One of the Biggest St. Patrick’s Day Parades in the Nation